40 Days of Prayer: Reawakening to the Glory of Christ 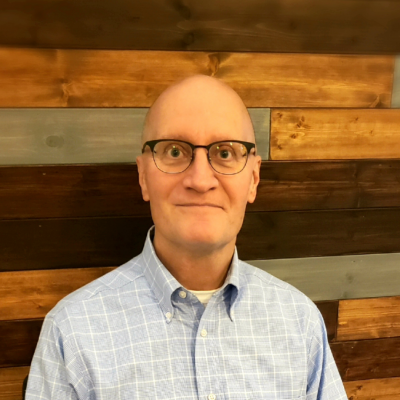 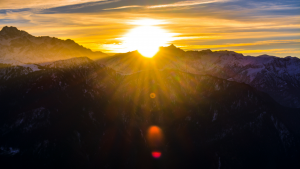 The Buddhist monk who taught the course said to Compolo, “As a Christian, you teach your children to pray all wrong.

That’s not a bad idea. Far too many people die before they ever awaken to God.

Once again we are beginning the New Year with 40-Days of Prayer.

Our theme for this year’s 40-Days of Prayer is Reawakening.

The dictionary defines reawaken as “to awaken again”. It means to “emerge or cause to emerge again with reference to a feeling or state” (Oxford); it is a “renewal of feeling or interest” (Collins).

You can read about the First and Second Great Awakening in the US or the spiritual renewals under Moody, Sankey, and Spurgeon in the US and England in the 19th century.

These can be described as times of deep hunger for Jesus, His presence in our lives, His Word, His Spirit, and the gospel.

Awakenings started the foreign missions movement in America. Some of the best impulses for social reform in America’s history have come from awakenings. The anti-slavery movement in America was mainly a part of the reform movement generated by the Second Great Awakening, as were movements for prison reform, child labor laws, women’s rights, inner-city missions, and many more. “Spiritual Awakenings in North America,” Christian History, no. 23.

An awakening involves a heightened awareness of the manifest presence of God. Awakenings are characterized by a renewed sense of the glory of Christ.

Therefore, we begin Week One today by asking God for Reawakening to the Glory of Christ.

When we think of Jesus Christ, often our focus is on the 33 years he spent walking the earth. We just celebrated the glorious mystery of the incarnation. He is God with us, Immanuel.

When we see him in the gospels walking the streets of Palestine, weeping over his people, touching them, healing them, feeding and caring for them, ultimately going to the cross for them and then walking out of the grave alive, we are witnessing the radiance of God’s glory in Christ.

What we want to do this week is widen our focus by also considering the eternal glory of Christ, his preexistence with the Father in eternity past, his involvement in creation, and his present status at the right hand of God in heaven, interceding for us and living in us through his Spirit. Listen as Paul strains to portray the supreme glory of Christ (Col 1:15-20).

15 The Son is the image of the invisible God, the firstborn over all creation. 16 For in him all things were created: things in heaven and on earth, visible and invisible, whether thrones or powers or rulers or authorities; all things have been created through him and for him. 17 He is before all things, and in him all things hold together. 18 And he is the head of the body, the church; he is the beginning and the firstborn from among the dead, so that in everything he might have the supremacy. 19 For God was pleased to have all his fullness dwell in him, 20 and through him to reconcile to himself all things, whether things on earth or things in heaven, by making peace through his blood, shed on the cross.

Hebrews tells us the Son is the radiance of God’s glory and the exact representation of his being… (Heb 1:3).

A key Scripture passage where we see the glory of Christ demonstrated is at the Transfiguration recorded in Luke 9:28-36. Luke says Peter and his companions [James & John] were very sleepy, but when they became fully awake, they saw his glory (32).

What did that look like? As he was praying, the appearance of his face changed, and his clothes became as bright as a flash of lightening (29).

For a brief moment the curtain was pulled back & they witnessed the glory of Christ.

Oh, that God would wake us from our slumber that we might have the experience of seeing the glory of Christ.

Is your heart stirred?

Are you hungering for His presence in your life?

Spiritual awakenings assume that the previous period was a time of sleep, a lack of hunger for Jesus’ presence, His Word, Spirit, or gospel. In more ways than we’d like to admit, that describes the overall state of our spiritual culture today.

How does reawakening occur?

It begins with personal reformation in our private lives.

This often comes through spiritual disciplines, beginning with a heightened awareness of personal sin leading to repentance.

This process brings renewal – fresh spiritual energy that comes first into us individually and then corporately into the church.

Renewal then turns into revival when an acceleration of the Spirit’s work occurs in us and in the church.

Ultimately, this leads to awakening when what God is doing in the Church spills out into the culture, and the world is transformed.

The prophet Habakkuk ministered during some of the darkest days of the nation of Judah. Though repeatedly called to repent, the people stubbornly refused to change their sinful ways. This led to spiritual darkness, wickedness, and terrible injustice.

The people were sound asleep spiritually.

Does that sound familiar?

We live in dark days, my friends. So many are asleep, dead to the things of God.

Habakkuk wrestled honestly and openly with his own sleepy faith. In the middle of that dark night, he remembered the light of the past and longed for God to shine on his people again, to wake them up to see him and his mighty deeds.

Lord, I have heard of your fame; I stand in awe of your deeds, Lord. Repeat them in our day, in our time make them known; in wrath remember mercy (Habakkuk 3:2).

What a tremendous faith-filled prayer!

What a great focus for our prayers in the coming 40 Days.

Three words stand out: In our time.

I don’t know about you, but I don’t want to merely hear about God’s awesome deeds of the past.

I want to see the light of his glory in my time.

I want to stand in awe of his mighty deeds in our day.

I want his fame to spread throughout my family, my neighborhood, to the nations.

Will you join me on this 40-Day prayer journey? Will you pray for reawakening? Will you seek God to repeat his awesome deeds in our day, in our time? If so, pray with me. In our time, Lord, in our time.

Oh Lord, grant us in your mercy, to waken before we die. We’re waiting here for you.

Blog post adapted from the message by the same name delivered on Sunday, January 2, 2022.